Earlier this week, we published a text from a comrade entitled Does Trump Represent Fascism, or White Supremacy? We’ve received this counterpoint on the same topic.

Trump’s election signals a turn in a century-old cycle, one we ought to recognize by now. The U.S. has been experiencing growing populist discontent, a sentiment fostered by poor material conditions for the working class. The Left has had a few token victories (a black president, gay civil rights), but has, predictably, not demonstrated the revolutionary potential that could lead to real changes in most peoples’ lives. This failure is bitterly felt.

Most U.S. residents see the government as corrupt and untrustworthy. They feel alienated from the democratic process, and from their physical communities, retreating instead into online echo chambers of shared opinions and mythologies. The long legacy of white supremacy in the United States, which has never truly subsided, is fed by all of this: rather than directing their anxiety and frustration towards the true structures of power that oppress everyone in this country, many within the white working class are sharpening their feelings, stemming from precarity, into resentment directed at the bodies of black and brown people. These emotions are manipulated and exploited by members of the bourgeoisie who are worried that their power may be slipping. The specter of ISIS without—a true and yet mythologized enemy—is used to justify infinite repression within.

Many people like the comrade who wrote the article “Does Trump Represent Fascism or White Supremacy?” are cautious about calling current political movements fascist. Dozens of books debate even the past—was Nazi Germany fascist, or only Mussolini’s Italy? What about Franco’s Spain, or Perón’s Argentina? More recently, people ask: do the self-organized, until recently rather pathetically unthreatening white supremacists in the United States who call themselves fascists actually count as such? What about Silicon Valley billionaires pouring money into racialized campaigns of secession? Perhaps this caution stems from the urge to be precise, to avoid name-calling—though all know that Trump has earned most epithets one could imagine.

In the case of the aforementioned comrade, this concern is framed as technical:

Fascism is not just any extreme right-wing position. It is a complex phenomenon that mobilizes a popular movement under the hierarchical direction of a political party and cultivates parallel loyalty structures in the police and military, to conquer power either through democratic or military means; subsequently abolishes electoral procedures to guarantee a single party continuity; creates a new social contract with the domestic working class, on the one hand ushering in a higher standard of living than what could be achieved under liberal capitalism and on the other hand protecting the capitalists with a new social peace; and eliminates the internal enemies whom it had blamed for the destabilization of the prior regime.

Sure. The United States is on this trajectory, and it can only be stopped from reaching its destination by the full-hearted efforts of all. The fact that we have not yet arrived, that it may look slightly different here and now, or that many proto-fascist parties in Europe did not reach their goal, does not make the situation less serious; it rather means that people struggle every day against oppression of all kinds, fascist or no, and too often pay the price for that struggle. We fight the tide, but people have fought before; nothing is guaranteed.

As McKenzie Wark recently said: “It’s curious that the political categories of liberal, conservative and so forth are treated as trans-historical, but you are not supposed to use the category of fascism outside of a specific historical context… But maybe we should treat it not as the exception but the norm. What needs explaining is not fascism but its absence.” During Hitler’s rise to power, many calmed themselves by saying that he would not really murder Jews, that it was all election rhetoric. Today, as the CNN scroll asks “Are Jews people?” and neo-fascists salute Trump with the sieg heil mere blocks from the White House, let us not fall into a similar error.

Fascism and white supremacy are not mutually exclusive concepts; in fact, the scholar Hannah Arendt, as well as the fascists Benito Mussolini and Francisco Franco, attribute the rise of fascism to European “imperial adventures” in Africa. Such murderous adventures provided practical experience, forms of governance, and newly vicious tactics (some of the first people gassed to death were Rif people rebelling against Spanish colonizers) to those who went on to be fascists. Achille Mbembe and others have shown how the creation of whiteness and the state of exception through American and European slavery foreground fascism on a more subtle and pervasive level. I am not certain if fascism would be possible without white supremacy; but white supremacy thrives under other systems of government, and I believe anarchy is likely the only thing that can fully eradicate it. What is clear is that white supremacy and fascism are as much bosom friends as Trump and Steve Bannon.

The comrade to whom I am responding makes a mistake in assuming that people’s responses are intellectually founded: “If economics were the bottom line, white Americans would feel more secure, not less secure, after Obama’s presidency.” People read facts (though less often, given the growing U.S. reliance on fake Facebook news and Twitter feeds)… but they believe stories. The story Trump, Breitbart, and a million other online and community influencers are feeding white people and aficionados of “traditional values” speaks to deeper and older impulses that feel like truth. White mythology (and, Jasbir Puar reminds us, whiteness is utterly contingent and can be extended in exchange for loyalty) is founded in the fear of the Other; a lack of empathy or even familiarity with the cultures and lives of black and brown people; a suspicion that white is not right, and that the privileged will someday pay in hell for the goods they have laid up on earth; and a boiling resentment and sense of disenfranchisement bred by that suspicion. Whiteness—again, a social condition—is a sickness; and white people in America are burning with its fever. Fascism seems to many like the solution to their problems, imagined though they may be.

I am not writing to propose a new framework that we should all use to define our conditions of struggle. There are endless history books describing life before and under fascism, and we ought to all familiarize ourselves with them, and form our own judgments. Rather, I propose that we reject the mystification of endlessly re-categorizing our enemies. Fascists and anarchists are historic enemies, and we can learn lessons from our previous mistakes and betrayals to help us in the fight today. Racist attacks are on the rise in the United States; trolls terrorize people on Twitter along lines of race, gender, gendered expectations, and perceived “Jewishness”; politicians, emboldened by the political climate, are already attempting to ban us from bathrooms and from getting abortions. None of this is new, but the tone has changed. Acting as though social democracy is infallible and that our “gentle parent,” whose rule we have been rebelling against a long time, will always step in to save us from our more terrifying intimate enemy, contravenes not only what we know from the histories of fascism in Spain, Italy, Germany, and Argentina, but from our own experiences as anarchists.

The good news is that this election both signals and generates a huge crisis of faith in the U.S. government: if we anarchists can provide a coherent and present alternative, one of peace, camaraderie, and joy in struggle, we may have more opportunity for realizing a fully different society than we ever did in more comfortable times. The state is our enemy, no matter the season… but the different aspects it wears should inform our tactics. As always, the project is not defeating a particular enemy or ensuring our own personal comfort, but total freedom and real possibilities for all. I join the comrade in calling for solidarity between the oppressed in our struggles; I caution that we do not adopt the Manichaean perspective of our enemy in so doing. Names are useful; categories are not real; we are not at war any more than we ever have been. The struggle continues as always, in our hearts, communities, and world.

Read All About It 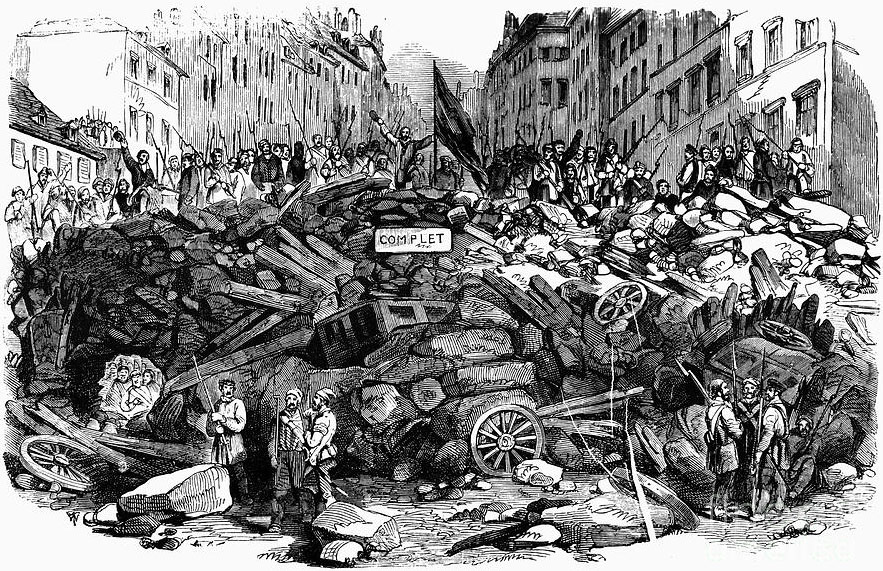