John Timoney is dead. “The world has lost a great man and a law enforcement giant,” says the Police Chief of Ferguson, Missouri, who learned his trade under Timoney in Miami. Well, that’s one perspective. For myself and many others across the world, his death is a relief. It would have been better if he had never been born.

Timoney held positions in the upper echelon of the law enforcement world for nearly thirty years. He was First Deputy Commissioner of the New York City Police Department, Police Commissioner of Philadelphia, Police Chief of Miami, and finally, private consultant to the kingdom of Bahrain. He played a major role in the repression of social movements in the United States during the summit protest era of the late nineties and early aughts, and a significant role in the suppression of the Arab Spring nearly ten years later. Those of us who were active in these movements came to know his methods well.

I am one of the countless people who suffered at the hands of John Timoney and the police he commanded. Although sixteen years have passed, I still prefer to tell this story anonymously.

Timoney oversaw the police responses to the occupation of Tompkins Square Park in New York City in 1988, the protests against the Republican National Convention in Philadelphia in 2000, the World Economic Forum in New York City in 2002, the Free Trade Area of the Americas Summit in Miami in 2003, and the Bahraini uprising from 2011 to 2013. His calling cards were undercover infiltration of movement spaces, preemptive mass arrests, and the use of the courts as a tool to neutralize dissent.

In the United States, he won important tactical victories in Philadelphia and Miami. In the streets, he liked bikes, clubs, and the liberal application of tear gas—and he knew how to keep the blood out of sight of the cameras. In court, he favored huge bails and trumped up charges against protesters. He perjured himself shamelessly, and he lost every case in the end. He truly hated anarchists, and by treating us just short of enemy combatants he toughened us up for the battles to come.

In August of 2000, I was arrested in Philadelphia along with 420 others during the protests against the Republican National Convention. The policeman who arrested me cuffed my hands behind my back with heavy plastic zip-ties. He was a large man, and I think it’s fair to say that he tightened them down as hard as he possibly could. He then put me into the back of a police van along with fifteen other people. We were each cuffed with our hands behind our backs and chained down to the bench of the van. Someone in the front of the vehicle turned the lights off in the back, turned the heat up full blast, and left. We sat there in the sweltering heat for something between four and six hours.

We spent those hours struggling to support each other, trying not to be consumed by fear and panic. This was during the hottest days of summer. The heat got so extreme and the ventilation was so poor that people were passing out from the bad air. Several people were bleeding as well—myself included. Worst of all, in my particular case, it seemed entirely possible that I was going to lose both of my hands from loss of blood circulation.

At first, the pain became so extreme that I would scream if anything touched me. Then the pain gave way to a complete loss of feeling. The two people on either side of me were able to reach me if I turned my back to one of them or the other. They took turns massaging my hands ceaselessly. Eventually, though, no matter how hard they tried, I couldn’t feel anything at all. When I asked what my hands looked like, I heard fear in their voices. It was not possible for either of them to reach the cuffs with their teeth to chew through the plastic.

Many people in this van were in a bad state, but my hands were probably the single worst thing going on. These hours tested my sanity, and it was very difficult not to succumb to panic. Nothing can really describe how terrified I was that I would spend the rest of my life as a double amputee. My companions sang to me.

Timoney’s stint in Bahrain was a fitting end to his career. It was the culmination of everything that he had done before, and his crimes against the Bahraini people are conspicuously absent from the obituaries that have appeared lauding him.

The Bahraini monarchy was the first American-backed government in the Middle East to demonstrate that it was not going to be toppled by civil resistance during the Arab Spring; the Assad regime in Syria was the first Russian-backed government to do so. The rationale for giving uncompromising support to these backward and repressive governments was the same on both sides: there is an American naval base in Bahrain and a Russian naval base in Syria. In both cases, the only options left open to the opposition were surrender or civil war. In Bahrain, the opposition eventually chose the former; in Syria, the latter, with notorious results.

Narrowing the field of possibilities down to this choice was John Timoney’s real life’s work. He was just never able to carry his vision through to its logical conclusion inside of the United States. His tactics were very effective at demobilizing people who weren’t ready to go to prison. They helped to bring about a world in which the only people with any agency appear to be those who are ready to die. Those who make peaceful revolution impossible make violent revolution inevitable, as John F. Kennedy put it long before the heyday of suicide bombings and mass shootings. The longer you suppress revolt, the uglier it is likely to be.

It’s not easy to ascertain all the ways Timoney served the Bahraini monarchy, or what his personal role was in the widespread torture and murder of dissidents there. But one thing is certain: in lending a hand to suppress the Arab Spring, he left his fingerprints all over the current mayhem in Syria and Iraq.

Eventually, the police moved the van to the location where we were to be processed. After what felt like an eternity, they finally opened the door. I was bordering on hallucination by this time. Numerous people began vociferously explaining to the guards that it was of dire urgency that my cuffs be removed. One of the guards unchained me from the bench of the van. I literally saw his jaw drop when he looked behind my back. He cut the cuffs off immediately. Both of my hands were a deep black-purple from the wrists to the fingertips.

It took a number of days for me to regain the normal use of my hands. Thankfully, I did recover fully. I think it’s likely that I only avoided permanent injury because of the actions of the two people next to me in the van. I still have the scars to show for this ordeal, although they have faded with time. I’m sure the policeman who cuffed me has long ago forgotten the incident. I remember.

Timoney usually won the battle. It looks like he lost the war. If his primary objective was to preserve the status quo, then he failed. Only sixteen years ago, the institutions that he represented seemed omnipotent and eternal. Now they are all in an advanced state of decomposition, like Timoney himself.

The Republican Party is in complete disarray. Free trade policies are coming under fire from both ends of the political spectrum. The police have probably never faced such widespread condemnation. The Middle East is metastasizing chaos in every direction, and not in a good way. It’s only a matter of time before it reaches Bahrain.

None of this is really what we were hoping for. It’s hard to be excited about the old world falling apart when the present is such a mess and the future looks so bleak. Even those who opposed us a decade and a half ago must acknowledge that the proposals we were offering at that time were preferable to the crises that have become inevitable thanks to our defeat.

Nevertheless, we’re still here. We’re going to be all right. Although our new enemies are fearsome indeed, it’s good to remember that they too are mortal. Sixteen years ago, as hundreds of traumatized protesters faced charges from the Republican National Convention, it felt as though Timoney and his ilk would reign forever. In fact, all it takes to see our oppressors destroyed is to live long enough.

Some of our bails were set as high as one million dollars; some of us faced an array of charges amounting to life in prison. Some of these cases dragged on for nearly four years. In the end, every single one of the 420 people who were arrested during the demonstrations was either acquitted or had the case thrown out of court. None of us testified against each other. Not one of us was ever convicted of any crime.

My story is only one of many. In Philadelphia, I met people who had been waiting to go to trial for three years in Timoney’s jails, many of them for non-violent drug-related offenses (like those for which Timoney’s own children are known). I saw police and guards beat handcuffed detainees. They knew how to keep it away from the cameras. I’ve heard countless accounts like mine from Miami. I can’t imagine what people in Bahrain went through.

On August 16, I heard the news and I couldn’t have been happier. John Timoney is dead. The struggle continues.

In memory of Jordan MacTaggart, killed in action August 3, 2016 in Manbij, Syria, fighting a monster that John Timoney helped to create. In return for his courageous sacrifice, the US government betrayed MacTaggart’s comrades the moment they had fulfilled the US agenda. There is no honor in the institutions Timoney served and no safety in the order they seek to impose, but we will have to clean up the messes they make. Timoney was no hero. MacTaggart is. 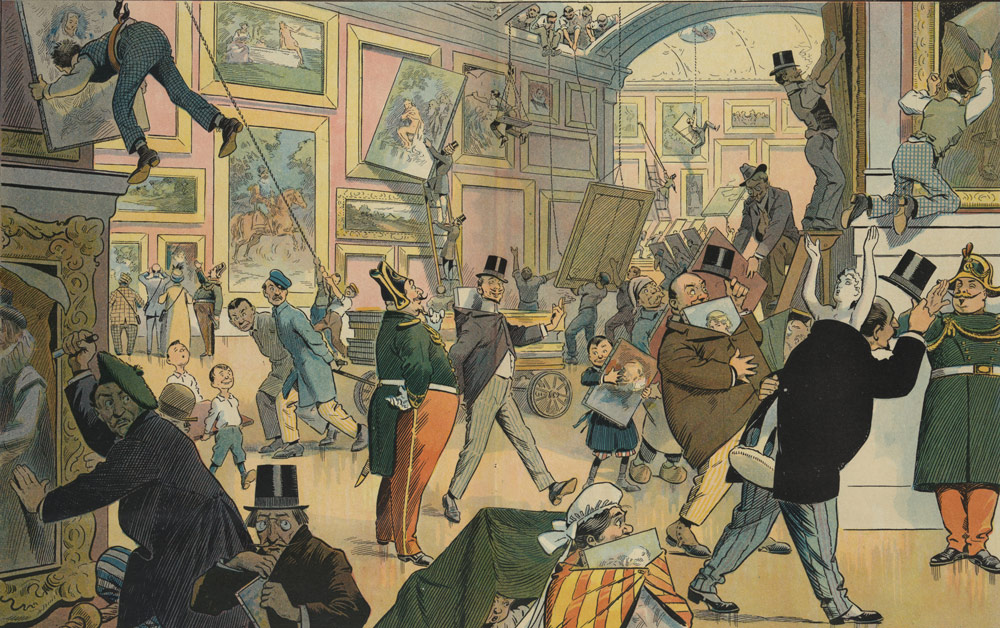